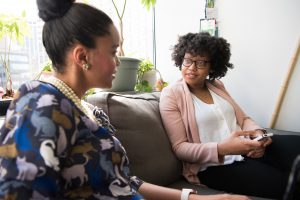 As a Christian counselor, I want to believe that treating my patients Christianly makes a difference relative to treating them as I might in a strictly secular counseling environment. It feels wonderful when I connect and patients leap forward in their mental health and spiritual formation. However, as a hard-nosed scientist, I also know that cognitive psychology (not cognitive therapy, but the experimental field of cognitive psychology) tells us how prone we are to distort our own beliefs, especially in self-serving ways. For example, it is easy to focus on the five patients this month who had good outcomes and forget the three who did not change, the two who simply quit showing up for counseling, and the one who seemed to deteriorate before my eyes. Yet, if I considered all the data together, I might not feel as elevated as when I focused on the best outcome.

So what do the statistics and clinical research data tell us? There is one purpose of clinical science—to take some of the subjectivity out of my judgments about what is and is not effective. First, I recall those days when I was actively seeing patients. Often, they would show up for the first session and it seemed like I was getting a theology test. Sometimes my theology test occurred on the phone before they even arrived for an intake. I remember one client—a pastor—who insisted that I say whether I believed in pre-millennial-post-rapture dispensationalist eschatology before he and his wife would begin couples counseling. Usually, though, patients’ “theology tests” were more subtle. However, those tests definitely removed some people from my client load. A lesson to learn from this is that declaring myself to be explicitly Christian can influence some people not to start counseling. Non-believers, as well as believers who do not share a compatible theology, might look at my Web site and say, “Not for me.” So as we look at the data to follow, we must realize that the sample has already been positively biased by people who would not sign up for, and do not want to be in, a randomized clinical trial. The same selection bias is at work for all counselors who describe their approach publicly.

Second, lots of research has investigated “religiously accommodated mental health treatments.” That is, treatments that counselors have tailored to religious patients. Almost 100 studies have been analyzed in a meta-analysis. A meta-analysis is a statistical comparison that expresses the amount patients change during counseling—regardless of the measure used to assess change—to a standard score (like percentage improved). In this case, an effect size (Hedge’s g) is used to tell how much effect a treatment has compared to some other condition. To understand the general meaning of effect size, attending cognitive behavioral therapy (CBT) for depression weekly for a half year yields a g of around 1.2 to 1.0 (depending on sample sizes involved). Most of the research analyzed in our meta-analysis has been tailored to Christian clients, but not entirely. Regardless of whether the treatments were tailored to Muslims, Christians, or Jews—people of the Book—the efficacy was not different. So, we can assume that what is found in the meta-analysis applies to counseling tailored to Christians.

The meta-analysis we did on religiously tailored treatments is part of a larger set of meta-analyses on the effectiveness of all sorts of patient factors. A joint task force of American Psychological Association divisions for psychotherapy, counseling psychology, and clinical psychology rated the strength of evidence that supported matching patient characteristics. Matching for religion/spirituality (R/S), culture, and patient preferences were judged to have the highest strength of support, called “demonstrably effective.” If possible, counselors should try to take patients’ preferences for religious matching into account.

Three characteristics had evidence showing they were “probably effective”—patient coping style, stage of change (along with differences from whether patients were just contemplating change to whether they were fully engaged in trying to change), and reactance level (the patient’s level of trait resistance to change). One patient characteristic did not have strong evidence supporting matching—attachment—which was judged to be “promising but insufficient evidence.” This does not mean it is unwise to consider the patient’s attachment style; it means there have not been enough studies to say definitively that a counselor should consider attachment style. Also, two characteristics were newly added and, at this point, have not been investigated enough for the task force to take a stance: sexual orientation and gender identity.

I already “let the cat out of the bag” that the meta-analysis headed by Laura Captari, Ph.D. student in Counseling Psychology at the University of North Texas, along with Dr. Joshua Hook, Associate Professor and Associate Director of the Counseling Psychology Program at the University of North Texas, and meta-analysis-expert at the University of Wisconsin-Madison, Dr. William Hoyt (and others) found strong evidence that matching by R/S helps outcomes. Of course, it is always a bit more complicated than that direct statement. When compared to a no-treatment, retested, control condition, g was .74 at post-test and .81 at follow-up. So, Christian accommodated treatments have a g about three- fourths of what six months of weekly CBT for depression would yield— and most of these clinical trials involved only about six to 12 hours of treatment, not 26 hours! When compared to an alternative-treatment condition—that might be treatment-as- usual (TAU), relaxation training, active listening, etc.—g was .33 at post-test and .33 at follow-up. This is good. Often TAU is quite effective. So these effect sizes—that religiously tailored treatments are better than alternatives—are very respectable.

Finally, when compared to a secular treatment that is the same as the religiously accommodated treatment except for including religion, g was still .13 at post-test and .21 at follow-up. Those are not “statistically different” even though they are numerically better. This is a positive effect, and without getting deep into the statistics, let me say that if about 20 additional studies had been done, this would be considered a statistically significant effect.

Here’s the good news, though. The religiously accommodated treatments had much greater spiritual effects on the patients than equivalent secular therapies. This was strongly evident for comparisons with no-treatment conditions and alternative-treatment conditions. Also, religiously tailored treatments were even starkly better in increasing patients’ spiritual lives than were strictly similar secular treatments (g = .34 at post-test and g = .32 at follow-up).

So, as Christian counselors, we can hold our heads up, look licensing boards, managed care corporations, and insurance companies in the eyes and say, “Christian accommodated treatments are just as effective or better than secular treatments in improving patients’ symptoms, and they also do something for matched spiritual clients that secular treatments cannot—produce better spiritual well-being.”

On the other hand, we do not want to be too smug. We need to remember those pesky cognitive psychologists who point out the unconscious biases we have about our self-interests. So, it is important that we recognize the limitations of this research. As I mentioned, some Muslim and Jewish interventions were in the mix, but there were other factors this research did not consider. For example, we cannot tell how much accommodation was effective, when it took place (early, middle, or late parts of counseling), and who really can benefit by what particular accommodations (e.g., Catholics might not want as much Scripture reference as do Fundamentalists and Evangelicals, progressive mainline Christians might want counselors to deal with principles and not quote Scripture at all, and Pentecostals and Charismatics might want direct prayer for healing). Also, we still do not know which specific ecclesiastical or pastoral counseling techniques should (or should not) be included, and for whom? These might be prayer for the client, prayer with the client in session, assigning clients to read the Bible, exegesis of scriptural passages, justifying interventions and conceptualizations with Scripture, dealing with direct questions regarding theology or God (e.g., “Where was God when my child was killed by a drunk driver?”), and dealing with anger or disappointment with God.

Like much of scientific research, this meta-analysis tells us some details we did not know. However, as the lake of knowledge expands, the shoreline of what we did not consider seems to lengthen. 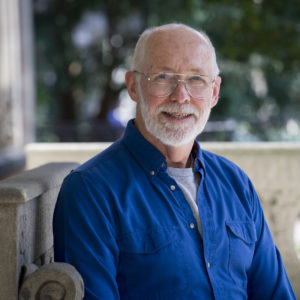 EVERETT L. WORTHINGTON, JR., PH.D., is Commonwealth Professor Emeritus at Virginia Commonwealth University. He has studied Christian counseling scientifically for 42 years since graduating with his Ph.D. in Counseling Psychology. Dr. Worthington has created many interventions— the best known are REACH Forgiveness (http://www.evworthington-forgiveness.com/) and Hope-Focused Couple Approach (www.hopecouples.com). You can find free materials that you and your patients can use on the previously listed Web sites.