Categories: SAVE THE STORKS 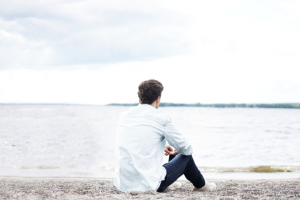 by Save The Storks

Since its legalization in 1973 the abortion debate has mainly focused on women’s rights: her right to choose; her body; her choice. But what about the fathers? In a society that celebrates abortion and a woman’s right to choose, how do we recognize the men who have also experienced the heartbreak of abortion?

While it isn’t publicized as loudly as the post-abortive struggle for women, men do often experience the same abortion trauma as women. A 1982 article from The New York Times expresses the fault in the pro or anti-abortion debate: men have been left behind and left out of the abortion debate, despite their role in the conception of a child. The New York Times has since changed their narrative, but the truth remains that men are still silenced in the abortion debate and often left with a lifetime of pain because of their partner’s choice.

What about a man’s voice in abortion law?

Despite the fact that it takes a man to conceive a child, their female partner does not legally need his consent in the abortion decision. In 1976, the Supreme Court ruled that when an abortion decision is being made, requiring consent from the male partner is “unconstitutional”: in Planned Parenthood v Danforth, the court sided with women saying that if both partners disagree on the termination of pregnancy, only one of those decisions can prevail. According to this ruling, “since the woman actually carries the pregnancy, ‘the balance weighs in her favor,’ preventing the husband from vetoing her choice.”

A similar ruling in 1992 had the Supreme Court again siding with Planned Parenthood in the Planned Parenthood v Casey case. This law states that a woman does not even need to notify her partner if she has an abortion. The decision came after it was decided that it would place an “undue burden” on the woman to tell her male partner that she was choosing to have an abortion. The example was brought forth of women in abusive relationships not wanting to tell her abusive partner to protect her safety or the safety of her children. In doing so, many men have been left in the dark about their lost fatherhood. 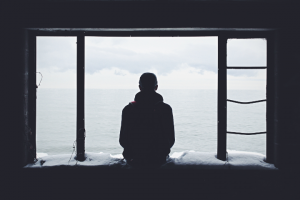 These two rulings by the Supreme Court have subsequently shut the mouths of many men around our country who want to be fathers. Though it isn’t often talked about (or reported), men often experience many of the same post-abortion trauma effects as women. The voices and stories of post-abortive men are typically drowned out by the voices of “my body, my choice” and abortion as a form of empowerment. Because of this, there are very few studies done to see how men are affected by abortion.

In a 1997 study, Catherine T. Coyle, RN, Ph.D. created a support program for men who had previously experienced abortion. In this study, Coyle was able to identify many mental disorders that can often arise for fathers who were hurt by their partner’s abortion decision. In her study, it was observed that “the men were observed to have high anxiety, anger, and grief levels prior to intervention and significantly decreased levels of these variables after treatment as compared to control participants.”

Unfortunately, because of the prominence of the “my body, my choice” narrative, the stories of these post-abortive men are not being told. When a woman does become pregnant, it isn’t just her body that created the new life inside of her. The truth is, many men do experience the pain and heartbreak from abortion as well- even if their post-abortive partner does not.

Save the Storks is, and always will, turn up the volume on the voices of these men. Men who have lost fatherhood.  Men who wanted their baby despite the mother’s choice to abort. Men who didn’t know about their partner’s abortion decision until it was too late. Men who pressured their partners to get abortions only to later regret their decision. We hear your voices and we see your hurt.

There is help after abortion. To find post-abortive help and counseling, visit: https://optionline.org/after-abortion-support/

Additional stories at Save The Storks: 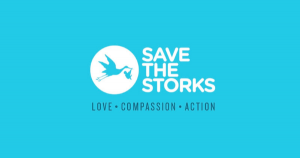 If you are a counselor and would like to volunteer your counseling services, contact your local PRC to learn about the specific counseling needs in your community.

To find a pregnancy resource center near you, visit: