Even in the midst of a nationwide pandemic, you cannot run from the violent aggressiveness, profiling, and, ultimately, tragic and senseless deaths that haunt our nation. Specifically, I am speaking of the senseless death of Ahmaud Arbery.

It was stated, “He (Ahmaud Arbery) looked like a burglar.” This statement prompts the question: What does a burglar look like?

Why did, and does, it take a video to prove guilt or innocence? This young man was shot and killed while jogging. How can we justify the death of an unarmed young man going for a routine jog that ultimately had him running for his life? This tragedy is reminiscent of the shooting of Walter Scott in 2015 in North Charleston, South Carolina, where a police officer claimed he was acting in self-defense. However, a video later followed that disputed that claim.

Many African-Americans want to know where the justice is before it is on video… because most of this stuff is not captured on camera, yet it happens every day. We need a justice system with which everyone, regardless of color or ethnic background, has confidence.

Ahmaud’s tragic death makes no sense. I cannot process, condone, or understand the pointless killing of anyone… especially when it looks like it was racially motivated.

It is at times like this that I lean on the Word of God. In this case, Proverbs 3:5-6 (KJV), “Trust in the LORD with all thine heart; and lean not unto thine own understanding. In all thy ways acknowledge him, and he shall direct thy paths.” 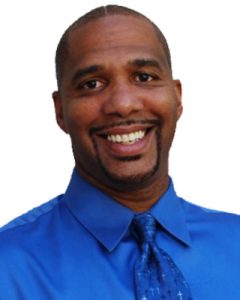 Mark Crear, Ph.D., is a Two-Time Olympic Champion, motivational speaker, life and business coach/consultant, published author and ordained minister; he also has a resolute sense of faith and purpose. Mark is currently president of Mark Crear Ministries, Director of the Multi-Cultural Division (MCD) of American Associations of Christian Counselors, AACC). Dr. Crear has earned his degrees (AA, BA, MA & Ph.D.) in Sociology, Christian Counseling & Christian Theology from Mt-Sac, ITU and the University of Southern California (USC).  Mark is currently president of Mark Crear Ministries, which by using the metaphor of hurdling from his own medal-winning Olympic experiences, He teaches his clients, that hurdles are an inevitable part of life. His message is about conquering the hurdles of life through Faith, Focus and Forgiveness. 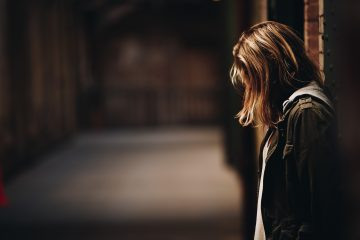 Pandemic Depression? Twenty-Five Come Alive! 25 + Ways to Treat Your Own Depression by Lois A. Dodds, M.A., M.A., Ph.D., L.P.C. Depressed?  Of course! Without a doubt this year of the pandemic and all its “shut Read more…

Giving Up Control by Barry Ham The prophet Isaiah proclaims to God that “we are the clay, You are the potter; we are all the work of Your hand” (Isa. 64:8). I envision myself on Read more… 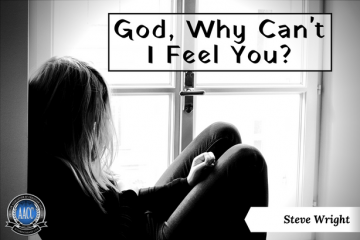 Steve Wright, M.A. Timberline Knolls “I just don’t feel God anymore!” The woman sitting across from me spoke with intense angst and ache in her voice. “God is everything to me. Now I feel so Read more…