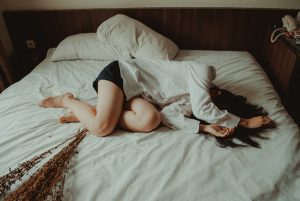 Betty (not her name) is a 25-year old who has been through too much in her life. An uncle raped her when she was 12, and her mom didn’t believe her when she told her. Betty’s life took a very dark turn after that. She stopped believing she was a good person and blamed herself for the incident. She was hurt by her mother’s refusal to believe what had happened and was forced to see her abuser at family functions. Her self-worth suffered and she began to act out because she didn’t have the capacity to feel the depth of hurt and pain she had experienced.

Eventually, Betty began to figure out that, if she used drugs, she could avoid those feelings that were overwhelming her. Her image of herself was impacted so much that she began to see herself as ugly and “fat” so she began to diet, then to restrict meals. When she turned 14, she started having sex with older boys and sometimes men as a way of taking control of her sexuality and to avoid her feelings of powerlessness.

When she came to treatment, she was addicted to heroin, engaged in a full-blown eating disorder, and had been with so many partners she had lost count. Now at 25, she was reaching out for help. The cry of her heart, as it had been throughout those years, was, “Please make the pain stop.” What brought her to treatment was a suicide attempt, which to her, was the only option she had to make the hurt cease. Now she was asking for help to change.

I have been thinking about change and how it happens in us. I am really convinced that change occurs in people through struggle, suffering, hardship and pain. I am also aware that change and growth can go two ways. We can change for the better or for the worse. We can grow stronger or weaker. We can resist change by trying to avoid struggle and difficulty or embrace it by leaning into the pain and hurt. 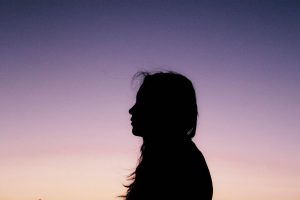 My work as a therapist is often centered on helping people overcome their aversion to distress, pain, suffering, hardship, and hurt. I told Betty that the only way to recovery for her was for her to “embrace her pain” in order to overcome its impact on her life, something I told myself years ago. Slowly, we went on a journey together. The traumas she had experienced were things that haunted her. Facing her pain meant accepting that it happened, creating internal safety for herself, re-narrating the story of her past to realize that her conclusion, that she was somehow at fault, was wrong. She had to also accept that people like her uncle and mother were both capable of doing those bad things and that she was not at fault.

Betty eventually faced and embraced her pain and allowed herself to grow in the ability to feel again. It was so hard for her, but she was brave and kept at it. She began to see her worth and to view herself as “fearfully and wonderfully made.” She was then able to break free of her addictions and behaviors because she didn’t need to avoid her feelings any longer. She had embraced her pain and it had made her stronger.

When we embrace our pain, own it as uniquely ours, we can stop striving to make it go away. We can experience it and continue to respond in life with words and behaviors that reflect our greater values, virtues and commitments. Change in the face of difficulty means that difficulty is really the catalyst for change. James said, “Consider it pure joy, my brothers and sisters, whenever you face trials of many kinds, because you know that the testing of your faith produces perseverance. Let perseverance finish its work so that you may be mature and complete, not lacking anything.” James 1:2-4 NIV

Steve Wright, M.A.,is a therapist at Timberline Knolls Residential Treatment Center located in the Chicago area. He served for more than 25 years as a minister working in churches with youth, families, and as a senior pastor. As a counselor, he worked in residential treatment as a therapist, supervisor, coordinator, and program director first in the substance abuse field and then in the eating disorder discipline. Steve holds a bachelor’s degree in Biblical Studies from Central Bible College in Springfield, Missouri, as well as a Master of Arts in Teaching from Olivet University and a Master of Arts in Community Counseling from the Illinois School of Professional Psychology in Chicago.