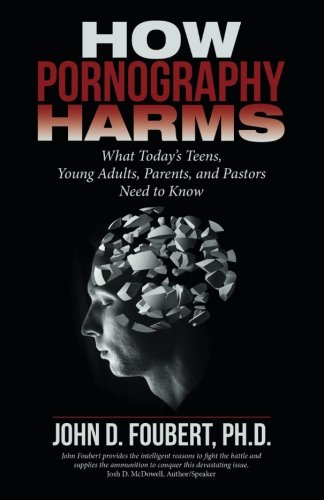 For too long, people in the Christian community, and others, have thought of pornography as a private sin that shouldn’t be discussed by the Church. That has fed a culture where the pornography use of many is relegated to unacknowledged sin, private shame, or hopeless losing battles. It is time for the Church, and indeed all people of conscience, to fight – armed with the truth, and strengthened by numbers.

John D. Foubert, Ph.D., a follower of Jesus, is National President of the nonprofit organization One in Four, an Endowed Professor of College Student Development at Oklahoma State University and Principal of John D. Foubert, LLC. Dr. Foubert is an interdisciplinary scholar with over 50 peer-reviewed publications. He has written seven books about the prevention of sexual violence and two about managing life in college residence halls. His 10th book is titled How Pornography Harms (2017).

Dr. Foubert has given over 200 professional presentations to conferences, universities, community and military organizations worldwide. Dr. Foubert has testified Congress and has been called upon by the White House and the Pentagon for his scholarly expertise. He consults with colleges, the military, and churches about the harms of pornography and ending sexual violence.