Rarely will you see her in a Christmas play.  Out of the four Gospels, only Luke even mentions her story.  An eighty-four year old widow.  A prophetess who “never left the Temple area, worshiping night and day with her fastings and prayers.” (Luke 2:37 MSG).

Recently, I was struck by the last phrase in verse 38.  Anna was praising God and talking about the child to all “who were waiting expectantly for the freeing of Jerusalem” (MSG)

Anna’s words resonated in the ears of every man and woman who, with a “spirit of expectation”, had been waiting for the One who would “break the yoke of their burden and the staff on their shoulders, the rod of their oppressor” (Isaiah 9:4).  Her rejoicing reflected the foretelling of prophets some 700 years before.  The Messiah would be born of a virgin (Isaiah 7:14), in Bethlehem (Micah 5:2). The One anointed, and appointed, to preach the good news….to proclaim liberty to captives…to give sight to the blind…to lift up the down trodden (Isaiah 61:1, 2).

Anna’s message was abundantly clear…He had arrived – in a manger.

He was the root of Jesse.

The Rose of Sharon.

The unspeakable mystery was now fulfilled.

The Christ child who would change everything.

Emmanuel, “God with us” – becoming flesh and dwelling among us so that we might see the glory of the Son, full of grace and truth.

When Jesus was born, the skies erupted with the Glory of the Lord.  The heavens were filled with a huge angelic choir, praising God, and singing, “Glory to God in the highest, and on earth peace among those with whom He is pleased.” (Luke 2:14 ESV)

But then, in the midst of history fulfilled, John records words that shatter God’s gift of love. “He (Jesus) came to his own, and his own people did not receive him.” (John 1:11 ESV)

What?  How is that even possible?  Seven-hundred years of expectancy fulfilled, and they reject the Promise?  How do you reject the Son of God?

There is good news however.  John follows those words of deep despair with a declaration of heavenly hope.  “But to all who did receive him, who believed in his name, he gave the right to become children of God…” (John 1:12 ESV)

Throughout the annals of time, every man and woman has had to make this choice.  Reject…or receive.  There is no middle ground.  No “hope so”, or “let’s wait and see”.  A line has been drawn in the sand, and everyone must choose.

When facing his choice, the jailer in Acts 16 fell down before Paul and Silas and asked, “Sirs, what must I do to be saved?”  Paul and Silas answered with amazing clarity, “Believe in the Lord Jesus Christ, and you will be saved…” (Acts 16:30-31 ESV)

Jesus was born in the shadow of the cross.

Born so that God could “reconcile us to Himself through Christ” (2Corinthians 5:18 NAS).

Born in sinless perfection so that He who “knew no sin” might become “sin on our behalf, that we might become the righteousness of God in Him.”  (vs. 21)

Born in the “fullness of time” to “redeem those who were under the Law, that we might receive the adoption as sons.” (Galatians 4:4-5 NAS)

Born to give all mankind the opportunity to receive Him and believe on His name.

The Hope and Peace for which the whole world “waits expectantly” has arrived.

He is the only reason for the Christmas season.

If you never have received this Gift of Love – make today the day.

The Christ child – God’s only Son – will turn your life around.

Tim Clinton, Ed.D., LPC, LMFT (The College of William and Mary) is president of the American Association of Christian Counselors, the largest and most diverse Christian counseling association in the world. He serves as the Executive Director of the James Dobson Family Institute and recurring cohost of, Dr. James Dobson’s Family Talk. Licensed as a Professional Counselor and as a Marriage and Family Therapist, Dr. Clinton is recognized as a world leader in mental health and relationship issues and spends much of his time working with Christian leaders and professional athletes. He has authored and edited nearly 30 books, including The Struggle is Real: How to Care for Mental and Relational Health Needs in the Church. 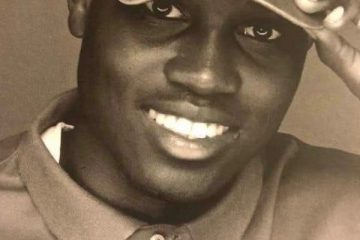 Sin, Racial Bias, and Ahmaud Arbery by Mark Crear, Ph.D.  What does sin look like? Even in the midst of a nationwide pandemic, you cannot run from the violent aggressiveness, profiling, and, ultimately, tragic and senseless deaths Read more… 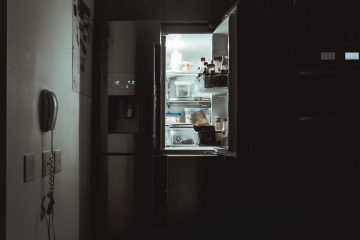 The Answer to COVID Stress is not in the Fridge! by Rhona Epstein, Psy.D., C.A.C. Social media sites are flooded these days with jokes about eating and weight gain during this difficult season.  Countless memes Read more… 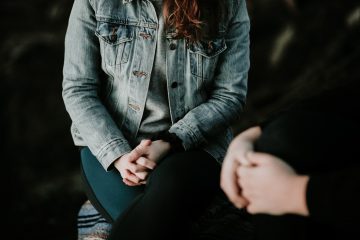 Why is There a Need for Post-Abortive Counseling? by Save the Storks In recent years, one of the loudest pro-choice narratives has been that “women do not regret their abortions.” We see movements such as Read more…