Made For Something More

Made For Something More

“But those who wait on the LORD Shall renew their strength; They shall mount up with wings like eagles.”
— Isaiah 40:31

“So the eagle lived and died a chicken, for that’s what he thought he was.”
— Anthony de Mello 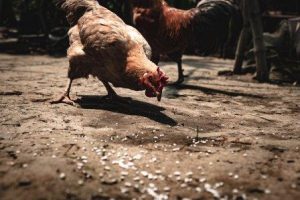 A chicken “ain’t no” eagle.

Chickens are always looking down, cackling, while pecking around on the ground eating whatever they can find. It always amazed me that chickens can cackle and stuff their beaks at the same time! When they’re out of chicken feed, they move on to dirt and bugs. They’ll even eat their own—well you get the picture.

Eagles on the other hand are always looking up to the sky longing for the high places. They live in tree tops and on mountain peaks and cruse at altitudes above the clouds. A bald eagle can soar to a height of 10,000 feet! Most chickens can fly four to six feet. When flying in storms, instead of letting the fierce winds hold them down, Eagles spread their wings and use the wind to push them higher breaking through the clouds to the calm sky above. Eagles fly above the storm, chickens run for cover!

Eagles were not created to live in chicken coops. Neither were you. God didn’t say, “Those that wait upon the Lord shall mount up with wings like chickens!” Nope, He said, “But those who wait on the LORD Shall renew their strength; They shall mount up with wings like eagles . . .” (Isaiah 40:31). According to God, you were made for greater things than pecking around. You were made to soar. Who are you going to listen to, God or the chickens in your life? You may have people telling you to stop looking up, stop trying to get out of the coop and just try to fit in with the crowd. But God’s called you to more. You have a choice. You don’t have to be intimidated by the chickens. You can fight the status quo; those that demand you compromise and try to hold you down! 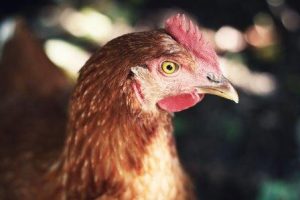 If you listen to the chickens, I promise that you will stay grounded. Many well intentioned people around you will try their level best to keep you in the coop. “What makes you think you’re an eagle?” they’ll say. “You’re just a chicken like the rest of us. Now start pecking!”

Jesus understood this mentality all too well. Listen to Mark 6:2-5:

“Then He went out from there and came to His own country . . . And… He began to teach in the synagogue. And many hearing Him were astonished, saying, ‘Where did this Man get these things? And what wisdom is this which is given to Him, that such mighty works are performed by His hands! Is this not the carpenter, the Son of Mary, and brother of James, Joses, Judas, and Simon? And are not His sisters here with us?’ So they were offended at Him. But Jesus said to them, “A prophet is not without honor except in his own country, among his own relatives, and in his own house.” Now He could do no mighty work there… because of their unbelief.” 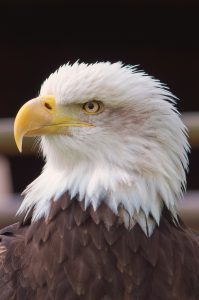 Did you get that? Instead of embracing Jesus and His obvious wisdom and the wonderful signs that followed Him, they were offended. “I dare you?” they said. “What gives you the right to do great and profound things? You’re just one of us. Now start pecking!” Jesus could do incredible miracles everywhere except in his own hometown because of their chicken mentality.

This devotional is an excerpt from Ignite Your Faith by Dr. Tim Clinton & Max Davis, available at https://www.aacc.net/product/ignite-your-faith/.