“Unless he obeys, a man cannot believe.”
— Dietrich Bonhoeffer 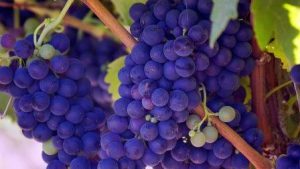 Jesus, his mother, and disciples, were attending a wedding in Galilee when the wine ran out. This was not good. Someone had seriously messed up. The Bible identifies that person as the “Master of the feast.” Today he’d be called “The Wedding Planner.” In that culture, such a miscalculation would have totally humiliated the bride and groom. Back then, you couldn’t just send a gopher down to the local Wal-Mart to purchase some cheap wine. When you were out, that was it. There wasn’t even any Coke or Diet Dr. Pepper! They could serve water, but who wants to drink water at a wedding? The servants must’ve been freaking out because when Mary saw their dilemma she immediately looked to her Son and said, “They have no wine” (John 2:3). But she said it with an inference like, “Jesus—they have no wine—do something!” Or, “They have no wine—can you please help these poor people out?” Even though it wasn’t Jesus’ time to make His ministry public and He let his mother know it (vs. 4), Mary knew who Jesus was. She knew His character. She knew He was more than just her son. Boldly, and without hesitation, Mary directed the servants to Jesus and told them, “Whatever He says to you, do it” (John 2:5). The implication was that no matter what Jesus instructs you to do – even if you don’t understand it – even if you can’t see the outcome – do it anyway!

Surprisingly, despite His initial reluctance, Jesus obliges his mother. Mothers have that kind of influence! He told the servants to fill the six empty water pots to the brim with water. Now just think about this for a moment. These water pots held twenty to thirty gallons each. They were the size of trashcans! With no running water or hosepipes to stretch out, it took considerable labor to fill them. The pots had to be carried to the water source, which was probably a considerable distance away. Thirty gallons of water weighs over 250 pounds. Add to that the weight of the pot itself and you’re looking at 300 pounds. It had to have taken at least two servants on each pot to tote them back. I can only imagine the rolling of eyes and bewildered looks the servants gave each other while they were filling and toting those jars. I would have loved to be a fly on one of those pots. Then, after getting back to the wedding, Jesus tells them to dip the water and take some to the master of the feast who was most likely hyperventilating because the wine was out (v 8). Imagine that. Imagine the risk. “I’m dipping out water here and taking it to my boss as if it’s wine. What if it’s only water? We are going to look like fools! We’re getting fired!” Remember, there’s no record that Jesus had ever done a public miracle before and He didn’t tell them what the outcome was going to be. Yet, one of the amazing parts of this story is that they obeyed! 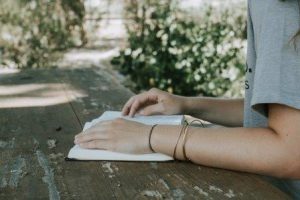 Here’s the question. Are you willing to obey? To do whatever Jesus says even when He doesn’t tell you what the outcome is going to be?

Do what He says in your personal lives.

Do what He says in your homes – in your families.

Do what He says in the places where you work.

Henry Blackaby wrote, “If you know that God loves you, you should never question a directive from Him. It will always be right and best. When He gives you a directive, you are not just to observe it, discuss it, or debate it. You are to obey it.”1

This devotional is shared from Ignite Your Faith by Tim Clinton and Max Davis, available at https://www.aacc.net/product/ignite-your-faith/.